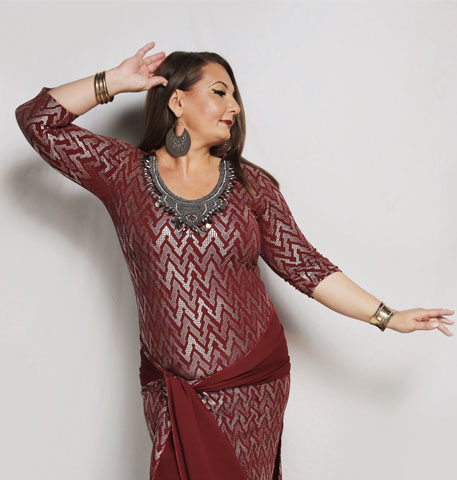 Roxxanne Shelaby is the producer/director of the Internationally awarded "The Fez Documentary", she teaches and performs Egyptian and Lebanese style Belly Dance as well as Dabke and Khaleeji both nationally and internationally.

As a Lebanese American, Roxxane has been dancing Dabke socially all her life! She has also studied performance Dabke since 1998 with Vivianne Hamamdjian as well as Karim Ali, Hasan Harfouche and Malek Andary. Roxxanne has produced Belly Dance shows for the past 20 years throughout Southern California and currently produces the highly acclaimed "Fez Nights”.

$35 before June 15th / $40 after Join us for an exhilarating Dabkeh workshop and learn the dance of the people of the Levan! You will be the hit of every family party, wedding and nightclub! Please wear shoes (sneakers or low healed character shoes) as we will jump and stomp in circles throughout the class. You will gain an understanding of the cultural aspect of how the Dabkeh is danced by men and women of all ages and how this movement style influences the Lebanese style of Belly Dance!