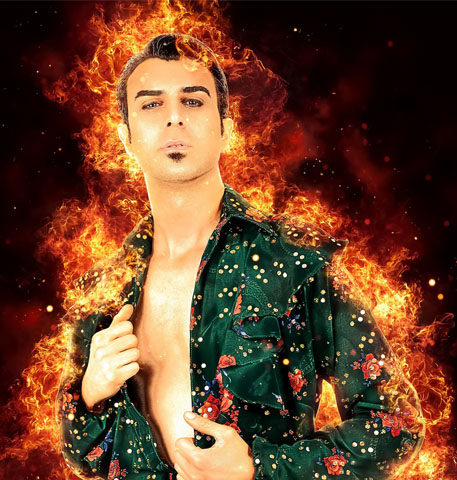 Özgen is a professional Turkish style oriental dancer and instructor, and has performed, taught, choreographed and directed for the last 18 years. His reputation as a performer and teacher has taken him across the world. In Istanbul, he joined the cast of Night of the Sultans combining contemporary dance, ballet and oriental dance. He taught for several years at the Tolgahan Dance School in Istanbul, and is now based in London, teaching and performing Turkish Oriental & Romani (Gypsy) dance internationally.

$50 before June 15th / $55 after Join Özgen to learn the 9/8 rhythm of Turkish Roman dance. You'll explore some basic steps and broaden your understanding of the rhythm & cultural aspects of this lively dance. Özgen invites you to find your inner Romany spirit!

$50 before June 15th / $55 after Spice up your repertoire and learn some of the traditional Tango steps to the Oriental version of the popular Tango song, “La Cumparsita”. Özgen fuses his past Tango dance experience with bellydance technique to create a passionate performance piece with lots of Tango characterization and Oriental sensuality.

$40 before June 15th / $45 after Özgen welcomes you to learn the energetic and dramatic Turkish belly dance style . You will explore Özgen's dynamic styling with great techniques including turns!